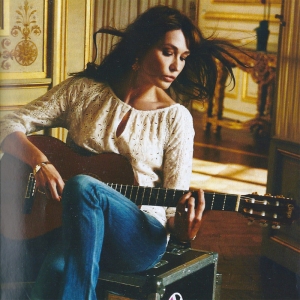 In a fairly contemplative mood this morning, my mind turns from the everyday horrors of the Rudd Government to that of the beautiful Carla Bruni, former French First Lady and wife of Nicolas Sarkozy. I imagine her gently strumming her guitar and quietly crooning to her own French folk songs, as she pads around her Paris apartment like a cat. Strum, strum, strum. Purr, purr, purr. The concept of having Carla, the personification of elegance and beauty, gracing the fringes of the Australian political stage and giving it much needed class has always intrigued me. More tempting, the thought, once again after so many years, of exchanging political notes together in my chic Barton flat when Susan is out on errand.

Now that Sarkozy is certain to be gaoled for accepting illegal political donations while in office, I am certain that my imaginings could be made more concrete if Carla were willing to spend some more time with me Down Under again. The prospect of a reunion fires the nether regions sufficiently enough for me to email her a polite invitation to that effect. Her reply is disappointing. The last thing a highly-sophisticated class-act like Carla wants to do is to be seen alongside any of the ugly refuse we call ‘party political leaders’ because it would be against all common decency, a crime against humanity and destroy her reputation entirely, an argument with which I have some sympathy.

Later, she does tweet me however, saying engaging in some sashaying around my town house for a brief interlude is possible, but only if I promise to burn my collection of 1960’s pin-ups of “cette chienne* s’appelle Bardot,” which is of course, completely out of the question. Acts of criminal outrage should always be confined to the political scene and not be allowed to intrude on one’s own personal lifestyle.