Posted on February 5, 2014 by Austeralix 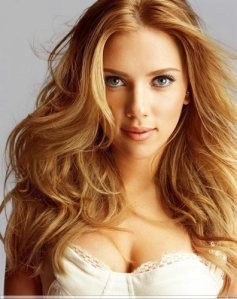 When has Scarlett Johansson been seen simultaneously at her most sexiest and most intelligent?
While starring in the movie Lost in Translation? No.
In the movie The Girl with the Pearl Earring ? No.
In Iron Man 2 as Natasha Romanoff? No.
Or, now, serving as Brand Ambassador for Sodastream and consequently getting up the noses of world-wide Islamists and crypto-Islamists alike?
YES!

Scarlett gets up their noses not just because she’s jewish (though we all know that is enough in itself to have them frothing at the mouth and reaching for their suicide belts.) No, what really gets in the nasal cavities of the Islamists and the BDS* movement – for this latter body of cretins are the crypto-Islamists I am talking about – is the enormous amount of good publicity that she’s just given Sodastream, an Israeli company, located in a disputed territory.

Because Israel is a flourshing democracy, Sodastream, like all Israeli companies (located in a disputed territory or not) provide the same equal work opportunities and pay scales as everyone else. And Sodastream employs lots of Palestinians. And that is bad news for the anti-Israel cause. So here is Scarlett, horror upon horror, waving the flag for Sodastream, at the same time as doing charity work for Oxfam, which itself has already cravenly surrendered and thrown its lot in with the BDS’ global campaign to de-legitimise Israel. And for the BDS movement, this had to stop.

Now that Scarlett has decided to publicly resign from Oxfam, rather than accede to their perverse demands for her to cease her Sodastream ambassadorship, the resulting publicity given to this hitherto unknown company, and to the absolute lie Sodastream’s work-practices gives to the BDS claims of Israel being an apartheid country, has skyrocketed exponentially. And that really has gotten up the noses of Islamists and their fellow-travellers alike, world-wide. You can hear them foaming at the mouth and gnashing their teeth in outrage, even above the enormous racket their mates are making as they go about slaughtering each other in the Middle East. It’s so un-Islamic: here is an accursed woman, and a hateful jew at that, publicly exposing the sick and twisted lies of the BDS lunatics for what they are: absoluta boloxa.**

I like smart, intelligent women who have the courage of their convictions: they turn me on.
And for that reason, and for that reason alone (and nothing at all to do with her ample bosom) I’m voting Scarlett Johansson as currently the world’s sexiest woman!

Way to go, Scarlett! You can pop my soda anytime!