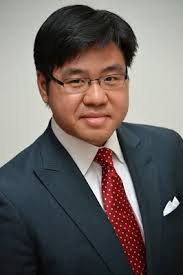 Much crying, sobbing and gnashing of teeth as Australia’s Ministries of Truth were wracked to their foundations this week because of the failure of their Thought Police to find solid proof that the crowds booing football legend Adam Goodes are a bunch of white racists. With noone booing the other indigenous players clearly leaving them devastated, the Thought Police have found themselves unable to nail this particular mob of Whiteys to the wall, realising that Goodes actually deserved to be booed, what with his silly war dance and all. Other sources say that his ‘Favourite Sportsman and Isn’t He Just Wonderful???!!!, A Shining-beacon etc‘ mush status within the multicultural industry is enough to make anyone vomit as soon as Goodes appears on the field, and that this may well be part of the problem. But that’s just that author’s (mine) opinion.

The crestfallen head-honcho at the Race Commission, ‘Uncle’ Tim Soutphommasane, admitted today that, unfortunately, unlike that when dealing with critics of Islam, making the football spectators shut up immediately by playing the race-card just won’t work.
”It just can’t be used,” Uncle Tim said, “on those whiteys who are just exercising their legal right to let Adam Goodes know how much he really pisses them off by booing every time he gets the f***ing  ball. Now we may have to just drop this fiction and continue our sanctimonious, permanent, anti-racist witch-hunts elsewhere,” he said sadly. “Trying to label as a racist every single last whitey that we can find in this great country of ours who humiliated the Left by voting for Abbott in the last election – it’s not easy you know,”  Tim complained. “Worse still,” he added, “SBS won’t be able to use this to lecture everyone with yet another of their anti-racist documentaries, either. Looks like we’ll be stuck with endless re-runs until we can manufacture something else.”

Members of the Islamist community rallied around Goodes today saying they know just how it feels for people to be powerless if the racist card can’t be used. A spokesman said, “Thanks to our fellow-travellers on the Left, we can now scream blue murder every single time someone susses us out for what we are, and they have to shut up or go to gaol immediately. Before that time, anyone could tell the truth about us and get away with it.”

Interviews with spectators leaving the ground after a match seemed to underline the fact they had no case to answer.
White, Non-Racist Spectator Number 1: “I used to like Adam until he started to be seen in public (pauses to spit) with them buggers in the Green and Gay Get-Up! Gestapo  mob. You know the one? That lot led by that Tim Soupho-stupid-name ponce. Bunch of bastards, telling us what to say and think all the time. If they all buggered off to where they came from – commie-land – I’d stop booing Adam tomorrow.”

White, Non-Racist Spectator Number 2: “I was about to invite Adam around for dinner with me and the missus when all of a sudden he didn’t attack me and the rest of my mates that day in the crowd, only pretended to. Now that’s not much of a sports match, is it?”

White, Non-Racist Spectator Number 3: “Fingering that little girl was the best thing, ‘cause she and her (allegedly) stupid mother deserved it. Good on ‘im.  But what really go up my nose was he didn’t punch that Tim Soutpho-stupid-name phony in the schnoz as well when he had the chance during ‘Straya Day. And the fact that he didn’t know that he or that Human Rights fraud, Gillian Triggs – or anyone else of them other over-paid commissars from the Truth Ministries – were not in that part of the crowd when he pretended to attack it, was a stupid mistake.
IMHO.
But I forgive him and I’ll stop booin’. If he admits it.”

Sarah-Hanson Young said today that the problem with Adam Goodes is that he didn’t arrive illegally by boat so she didn’t feel sorry for him one bit. Bronwyn Bishop, on the other hand, said she felt sorry for him because his career was probably over and yet hers probably wasn’t.