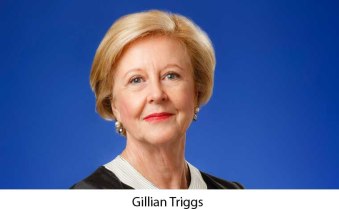 The latest news from the UK would normally be enough to warm the cockles of Gilllian Triggs’ heart. The UK police have suppressed their knowledge that a known British jihadist (Aseel Muthana) secretly fancied boys, ensuring that he could remain free in Syria to rape, murder, massacre and pillage as planned with the rest of his ISIS mates. That is, if the news got out from the police investigators that Muthana was secretly gay, the ISIS religious police (Hisbah) would have immediately thrown him off the nearest roof. And for that reason, according to the UK coppers, the police, by not making that information public, were protecting Muthana’s  human rights. The fact that Triggs hasn’t so-far had the opportunity to use a similar legal loop-hole to prolong the life-span of any of our own Muslim terrorists must be deeply disappointing for her.

But many of us (i.e., the rational public) don’t give a toss about the rights of mass murderers. And for that reason, when it comes to saving money on missiles by letting – where possible – Islamists kill each other, here was a missed opportunity. The police thwarted the virtual certainty that Muthana would be killed by his own mates by withholding the knowledge that he was gay, using the argument that they, the police, would have breached his human rights (to live). However, this politically correct decision – breathtaking in its utter stupidity – would have been right up Triggs’ alley, had she had the opportunity to make it. Unfortunately for her, the UK cops’ decision to help keep Muthana alive far exceeds, in terms of insanity, any of the demented human rights pronouncements she’s made in her own career. So, no warm, fuzzy feelings deep inside. And no standing ovations for her from the Left, either. This time the kudos for stupidity goes, deservedly, to the UK cops.

It’s been a bad week for her, then.
Forced to admit the other day that Julian Assange, an Australian, didn’t ask her, the Australian Human Rights Commissioner with enormous cachet in Leftist circles, to help him – a treacherous, devious fucker – escape from the Ecuadorian embassy in London, must have been extremely humiliating. My guess is that Assange, traitor and probable rapist that he is, would have rejected all possibility of using her, well in advance. Let’s face it, having that pompous, egotistical and so far ineffectual Geoffrey Robinson Q.C. on his legal team must be bad enough. But adding a useless, irrational, silly old duffer with no sense of proportion to Assange’s team would have defied all reason.

Now, Triggs has this latest disappointment to swallow. That the British coppers have so completely upstaged her in the ‘total PC idiocy’ category – something which most people would have previously believed impossible – must really hurt indeed.