Mission to China: Bow and Scrape And Don’t Ask Any Questions 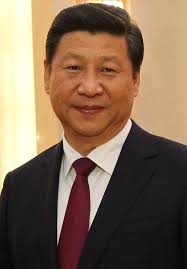 Once the primary objective of Turnbull’s mission to China this week has been achieved (two-days’ non-stop kowtowing) I wonder at what point, if any, Xi Jinping, “Chairman of Everything,” will consider it auspicious to discuss the more delicate issues regarding the Sino-Australian relationship? Will it be during one of the great banquets (if not afterwards, when everyone but the Chinese are tanked up on Maotai and falling all about themselves on the floor,) that some of these issues are first broached?

The delicate issue of the scores of pro-democracy leaders and other dissidents imprisoned since 2011, for example? Will this be first on the agenda, served, say, with the Gaol Bird Nest Soup, perhaps? Or will it be when the Won Ton à la Commies are being served that Xi will take the opportunity to enthusiastically defend the Great Chinese Fire Wall, the internet censorship program which blocks everything of which he disapproves? How about the brutal annexation of Tibet? Will that get a mention, or is that now officially a lost cause? What about the persecution of the Falun Gong and Catholics, for example, and the banning of everything which criticises the Communist Party? What are the reasons behind China’s land-grab in the South China Sea? (Oh, duh!)

Perhaps Xi might delicately respond to all of these issues with his own questions: “How about you not raise any of these things at all, Malcolm, just in case we decide not to buy another $70-odd billion worth of your energy resources this year? Or just in case we suddenly decide to install a battery of surface-to-air missiles in Darwin Port, land that your NT government so stupidly leased to us? Now please continue to eat and enjoy your Pickled Jellyfish. “

And maybe it would be during the final course, Chinese lucky number eight, waiting until Turnbull’s mouth has been well and truly stuffed full of Chicken Bang Bang Ka Pow!, that Xi would choose his most propitious moment. The moment when he decides to inform this, the current satrap of one of his future provinces, that China’s decided to unilaterally declare an ADIZ* over the entire South China Sea – and that Turnbull’s lucky they haven’t extended it to include Australia. For now.

Would this propitious moment then be an example of what Turnbull meant when he said Australia was “living in exciting times?”

1 Response to Mission to China: Bow and Scrape And Don’t Ask Any Questions