Shafting the Japanese: A Squalid Little Deal – Or Sound Policy? 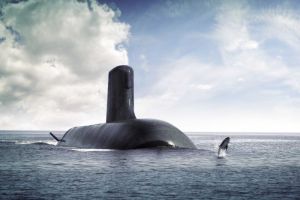 The devastating political fall-out over the subs contract going to the French and not to the Japanese continues to resonate. As do the sounds of millions of cheap Chinese champagne corks going “pop”.

Despite predicting an unprecedented amount of grovelling and kowtowing by Turnbull to our future masters during his trip to Beijing (see prev. post) 3 weeks ago, even I was stunned at the scale of Turnbull’s capitulation to Chinese blackmail. And the vicious shafting of our Japanese allies in the process was shameless. Though, admittedly, to some, it was pretty neat if you still hate them for having had to suffer the effects of some of their past excesses (Changi, Bataan, the River Kwai bridge-building project, Karaoke, etc.) In the interests of balance, however, things to greatly admire the Japanese for include fast and efficient train networks, Geisha girls, bento-boxes and minaret-free skylines. Particularly the latter.

But I digress.
Under Abbott, the Japanese getting the go-ahead seemed strategically sound and almost a done deal. But to that swarmy, treacherous turncoat Turnbull and his Sino-suck-holing commie-lovin’ cabinet (I hope I’m not being too kind here), the loss of a cool $150 billion of Chinese trade if they were so unwise as to choose Beijing’s mortal enemy to buy the subs from was obviously too great a risk. Not to mention flagging whose side Australia would definitely be on when Beijing eventually decides to militarise the Senkakus. Or the entire South China Sea, for that matter. (Soon, you can bet on it.)

So, from my point of view, the decision has 2 implications. Firstly, that the decision to well and truly shaft the Japanese and choose the French subs instead was probably the wisest political one if we know what’s good for us. Secondly, it clearly demonstrated to the world a sycophantic ability to sell-out our friends and kowtow to the latest bully on the block whenever it serves the national interest.
I protest.