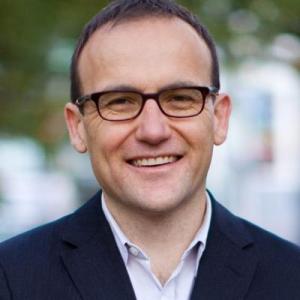 The Greens have long tried to cover up their sense of guilt over the drowning of 1200 boat people by attacking the very solution that put an end to their recklessness– the Coalition’s Border Protection Policy. Now that another illegal immigrant – incarcerated as a consequence of the Greens’ own depraved ideology – has died (through self-immolation), it seems that their sense of guilt for what they have wrought has begun to soar. How else can you explain the despicable Adam Bandt’s demented outburst in Parliament yesterday, “Not drowning, burning”? What else can you call it than for what it is: another shameless attempt to divert attention from his own complicity in a disreputable and deadly borders policy? That is, the “Let Everyone In Unless They Are White” borders policy.

As for the rest on the Left who advocated the now defunct Greens/Labor policy, let’s sincerely hope with this latest “refugee’s” death that their sense of guilt is beginning to soar again as well. For, of those right-minded among us, then, who would not relish the sight, for example, of a sobbing, half-crazed Lady Sarah Hanson-Young wandering around her Adelaide castle in her nightie late at night, trying desperately to wipe the blood-stains of over 1200 people from her crazed hands? Before knifing herself to death, that is? Great drama, I’m sure all sensible people would agree, if it were only to come true.

But with Bandt I feel it may be a different type of guilt.
As was the case of some of his apparent heroes (Mao, Lenin, Stalin etc) – Adam Bandt probably really doesn’t give a shit how many people died. Clearly, for Bandt, a far, far worse consequence of the pathology that he and his Marxist mates’ perverse ideology spawned, was that Tony Abbott was summarily swept to power. That Bandt hasn’t yet done the decent thing and knifed himself to death over that outcome is very surprising indeed.