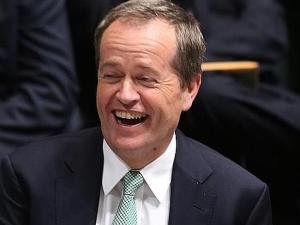 In response to the hysteria and manufactured outrage over Peter Dutton’s “refugee” revelations yesterday, I’ve decided to launch the very first ever “BILL SHORTEN IS A PHONY AND A COMPLETE AND UTTER F**KING IDIOT” limerick competition.

Here is the first entry (mine):

There was a young polly named Bill
Who everyone’s convinced is a dill
‘Cause,  when the facts are presented
He becomes shrill and demented
In the hope that vote for him they will.

(Yes, probably needs work. And more bile, too, I agree.)

It's just satire, really.
View all posts by Austeralix →
This entry was posted in Bill Shorten. Bookmark the permalink.