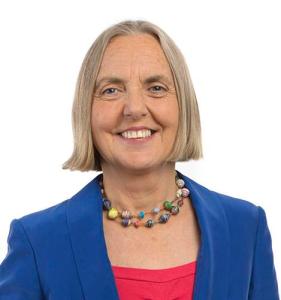 Back at the Balmain conference (“Reflections on Modernity – The Munificence of Islam’s Contemporary Contributions to Civilised Discourse”), Lee Rhiannon’s lecture is already in full swing. As would be expected, “Free Palestine and Kill All The Jews – A Love Story,” the auditorium is packed to the rafters with the usual trash.

As I arrive, they’re still streaming into the hall, pausing only to flash their ASIO-De-radicalisation course-completion certificates to get past security. A few who forgot to bring them scream at the guards, insisting they are salafists, not jihadists, before being waved through with grovelling apologies. Up front, dozens of adoring young, card-carrying-commie wannabees sit at the feet of a master, eager to hear what Rhiannon has to say and to learn how she managed to keep this charade of hers going for so long.

On stage with her, assorted top BDS henchmen bused in from the Sydney University Soviet, along with the The Greens’ politburo elite: Di Natale, Ludlum, Hanson Young, Bandt, etc. And trying to lend some respectability to this shower of shit, they’ve got a local, outreach bishop idiot, a Muslim school children’s choir, wearing the de-rigueur ‘I Love Australia’ badges, and that greatly-esteemed dickhead, David Morrison, who recently implied that he may not be a “guy” after all.

Up on stage there we also have that incredibly funny con-artist from TV’s “The Project.” He’s due to give a talk soon, too. And, sitting right beside the same, his gorgeous token wife, Susan. After all that’s happening in the world, I wonder, is she still rooting for the Caliphate? Or are they sleeping in separate beds, now that he’s got his Gold Logie?