“Why, I Can Smile, And Murder Whiles I Smile” 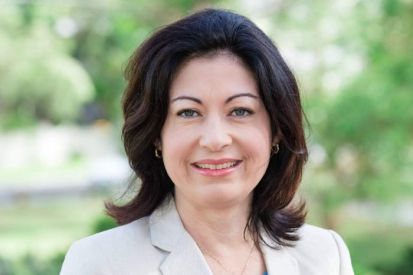 Teri Butler may not be as physically twisted and deformed as Richard III, but isn’t that often the case with many of these Lefty fanatical, ideologically-twisted female flag-bearing Progressive bigots? Isn’t it often the case that the female of the species, despite their (outwardly at least) highly agreeable bonkability,  are (like their invertebrate counterparts) often more deadly than the males, smiling sweetly into their victims’ eyes as they quietly murder them?  Or, in the case of Butler, fluttering her eyebrows and smiling sweetly into their eyes while she utterly destroys them with one of her velvet-tongued, but decidedly depraved Progressive diatribes?

In one of my previous blogs I warned that this extremely intelligent, articulate absolute babe was a dangerous Progressive ideologue. I was too kind. In fact, the Labor member for Griffith, outwardly a babe, can be more accurately described as a highly-venomous political Black Widow of great cunning. (While being still disarmingly cute, I might add.)

To many, Butler may be just another one of those misguided, but highly coitus-agréable-looking Leftist chicks that abound. But in reality, one that is likely to turn out extremely post-coitus-desagréable when she ruins it all by promptly killing and devouring you. (Not speaking from experience here, of course. Just stretching the political poetic licence somewhat as usual.)

However, Butler, an absolute fanatic when it comes to ramming the Progressives’ sicko agenda down innocent Australians’ throats, may have just made a costly mistake. During one of her mildly deranged – but still disarmingly sweet – ideological onslaughts on the equally-sicko Q&A Panel last week, she implied that one of the acquitted QUT student victims of 18C, Calum Thwaites, is a racist and a perjurer. Whoops. (So much for the “cunning” bit.)

Now in the hands of Thwaites’ lawyers, this little Black Widow cutie has issued a token public apology, watering it down – as die-hard Leftist do when their deeply-disturbed diatribes are legally challenged – by attacking those who want to tamper in any way with the egregious 18C tyranny. Her apology – nowhere near craven enough..

But Thwaites’ legal defence team is considering their options. If they take if further, best outcome for the student – and Australia – will be to take Babe Butler to the cleaners. Potentially for $150,000, I am given to understand.

Summary transportation to the Manus Gulag before they close it down would be icing on the cake for most decent-thinking Australians. However, if this were to eventuate, the standing instructions to have all Lefty chick cutie-pies thoroughly scrubbed and sent to my tent beforehand should be belayed in this case, for obvious reasons.

It's just satire, really.
View all posts by Austeralix →
This entry was posted in 18C, Q&A, Terri Butler, The ABC. Bookmark the permalink.