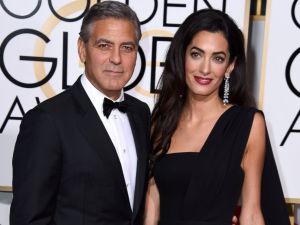 Off to the World Economic Forum where the most popular event by far (and my favourite) is the refugee role-playing. This is where the participants – millionaires and billionaires alike – attempt to show empathy for the plight of the millions of poor refugees they’ve helped let loose on the world by crawling around the floor on their hands and knees pretending to be drowning or being hunted down by despicable Islamophobes. In my capacity as a guest Down-Under Anti-Diversity consultant to Davos, it is my job to give this event more authenticity.

Clearly, introducing a healthy dose of reality into the proceedings by attacking the attendees with helicopter gunships would be impractical. So I instead decide (while they are still scrambling around the floor) to hit them with vast amounts of pepper-spray and a barrage of police truncheons, just when they were least expecting it. Not surprisingly, there are  a few objections to this carefully nuanced innovation, which was oddly missing from the event’s agenda.

But when I take it further, singling out a handful of the usual Davos guest-celebrities – Dicaprio, Bono and that prissy George Clooney pansy (along with his Muzzie babe of a wife) – for special attention by tripling the pepper dose, the whingeing from the bleeding-hearts starts to grow. And when, displaying that laid-back flair and know-how for which Aussies are famous world-wide, I instruct some of my team to put on their hob-nailed boots (à la Nauru) and repeatedly kick Clooney’s smug, well-heeled, stinking-rich white liberal ass around the room – that doesn’t go down too well with the organisers either.

Taking me aside, Bill Gates informs me that treating a bunch of sanctimonious filthy-rich celebrities in this way, no matter how deserving, was not in keeping with the “spirit” of Davos.  And when I protest, telling him how good it makes me feel doing this sort of thing to liberals in general, he says that that doesn’t count either.

Sadly, like our limp-wristed PM here, the Davos crowd too, appears far removed from the genuine desires, wishes and aspirations of the common people. (Or is it just me going over the top again? )