Sadiq Khan – “What Do You Expect?” 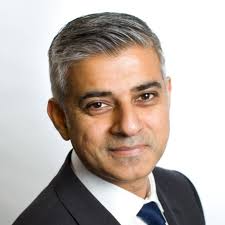 Sadiq Khan
“Told You So”

The blood hardly had time to dry on Westminster bridge before the Left’s denial started to spew out . Leading the charge for the attempt to white-wash was The Guardian who (unintentionally) gave the game away by immediately headlining their excuse for mass murder: Khalid Masood had long history of criminality and of mental illness, and that was that. No mention of him being a recent Muslim convert, of course.

But once the Muslim angle was outed soon after – hardly a surprise – then we could confirm that The Guardian was on the right track for the truth after all, something which they would never fully articulate. The truth being, newly-converted mentally-ill adherents to a criminal ideology are expected to do this sort of thing (mowing down infidels in the streets, knifing unarmed coppers) to please you-know-who – so what do you expect?

Besides, London’s prescient Lord mayor, Sadiq Khan(t), had already warned us (out of the goodness of his heart) that terrorism is part and parcel of living in a major city and that Londoners should start to get used to it. How very decent of him to give us a heads-up on this.

That the dissembling Khan(t) omitted to mention that the type of major “city” he was talking about was one which is full of mentally-ill adherents to his criminal ideology was merely an oversight, of course. An oversight not too dissimilar from the one made by the Nazis who failed to mention that the showers they were providing out of the goodness of their heart for their prisoners weren’t the watery ones.