Turkey or Not Turkey, That Is The Question 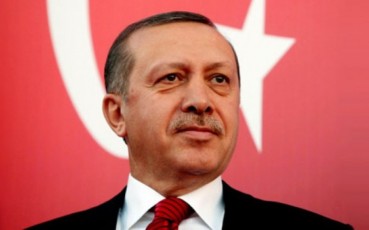 Today’s news that Recep Erdogan is toying with the idea of giving his people a vote on EU membership is really one for the books.  It’s probably just a ruse for him to pretend he’s still interested in joining, when he hasn’t got a chance, but nevertheless, it is surprising.

But, to the point, who would have expected this guy – a narcissistic megalomaniac Islamist who purges his armed forces and civil service of any opposition, massacres Kurds, gaols political opponents, shuts down newspapers, “disappears” journalists, supports the Muslim Brotherhood and funds “moderate head-chopping” (not during Ramadan) Jihadists – who would have expected this dictatorial arse-wipe (for that is what he is) to be giving the EU elites a lesson in democracy by consulting his own people on whether they want to join a sinking ship or not?
Not me.

Shouldn’t it have been the other way around?
Shouldn’t those imperious tossers running the EU’s sinking ship display at least a modicum of Erodogan’s (implied) magnanimity? Shouldn’t they at least step down, if only briefly, from their heavily-fortified ivory towers and grant the great European unwashed an opportunity to vote against the idea of sinking the ship even faster by admitting 75 million more Muslims into the EU? Even if they, like all the other referendums before it, ignore the result?
Yes, they should.

And what about Erdogan’s recent crazed rants about the so-called “fascists” in Holland, Germany and Austria not allowing the AKP to campaign among the Turkish millions already embedded in their filthy infidel countries to give Erdogan even more executive powers? And what about his Foreign Minister, Mevlut Cavusoglu, threatening that holy wars will soon break out on the streets of Europe as a result? Isn’t that an even more compelling reason to give Europeans a vote on the speed at which they want to commit suicide?
Yes it is.

And how about Erdogan’s manic yearning for the Ottoman Empire’s come-back? That is, the one that inflicted 623 years of sharia-inspired wars and misery on the European populace? Isn’t this nostalgia in itself enough to make the EU elites conclude the plebs they preside over should at least have a vote about Turkey’s admission, because letting them in might not be such a “good fucking idea”* after all?
Yes it is.

But that mad German chick who effectively runs the place has already made up her mind, She, along with Tusk and the rest of the EU’s unrepresentative swill that grovels to Islam at every opportunity. So is it any wonder Britain decided to get the hell out and millions of other Europeans want to do the same?
No, it isn’t.