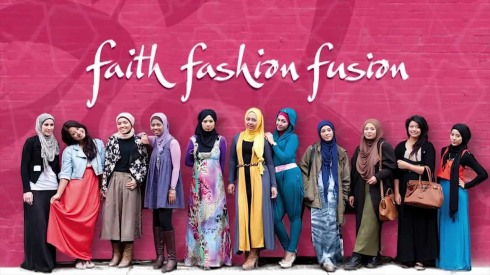 Using DFAT to champion Muslim subjugation of women to the world through the Faith, Fashion, Fusion (FFF) program is a national disgrace, and Julie Bishop should be fired. Forthwith.

Allowing any Islamist front group which advocates shariah law (this one masquerading as a warm and fuzzy, boutique ‘modest dress’ fashion house for women) to freely operate in Australia is contemptible enough. Using tax-payer funding to help underwrite its expansion to overseas in order to cash in on the Muslim dollar, is disgraceful. And co-opting DFAT’s money and prostituting its international standing to promote Australia as a Mecca for Muzzie Misogyny is an insult to one and all, demonstrating Bishop’s outrageously amoral indifference to the cause of Australian women and for their long struggle for gender equality.

But what is truly unacceptable is the complete immorality implicit in Bishop’s support for FFF: that Australian women should in any way cover up at all. This perversity proves just how out of touch with the Australian public the Foreign Minister is, for the reality is quite the opposite. Most Australians think there’s something wrong with people who hide inside a bag (no matter how well-designed it may be) on a beach or otherwise and don’t want to see them polluting the otherwise pristine, natural environment. A politician who is happy to fork out cash against the grain clearly has a constituency to answer to, or rich foreign despots, living in rich, foreign, total shit-holes to grovel to.

DFAT throwing tax-payers’ money at FFF and its misogynist ideology borders on treachery, for the hijab, niqab, burka and burkini are entirely un-Australian. In other words, for the average female Aussie, showing only a minimum amount of skin at all times (unless you are just plain, downright ugly) is nothing short of blasphemous.

Heads should roll.
Firstly, the FFF should have its funding withdrawn immediately and their board of directors – and their shareholders (come to think of it) – gaoled. All Muzzie-specific attire should be set ablaze and Burkini designer Aheda Zanetti (for growing rich helping Muslims get around assimilation) deported back to Libya where she came from.

Secondly, Julie Bishop’s head should go – but only in a nice, rhetorical kind of way (I hasten to add.) At the very least, she should be prosecuted for the blatant misappropriation of tax-payers’ money in support of a certain criminal ideology (you know which), for aiding and abetting the enemy (you know who) and, above all, for actively encouraging even more immigrants from certain well-known shit-holes (you know where) to come here in the first place.