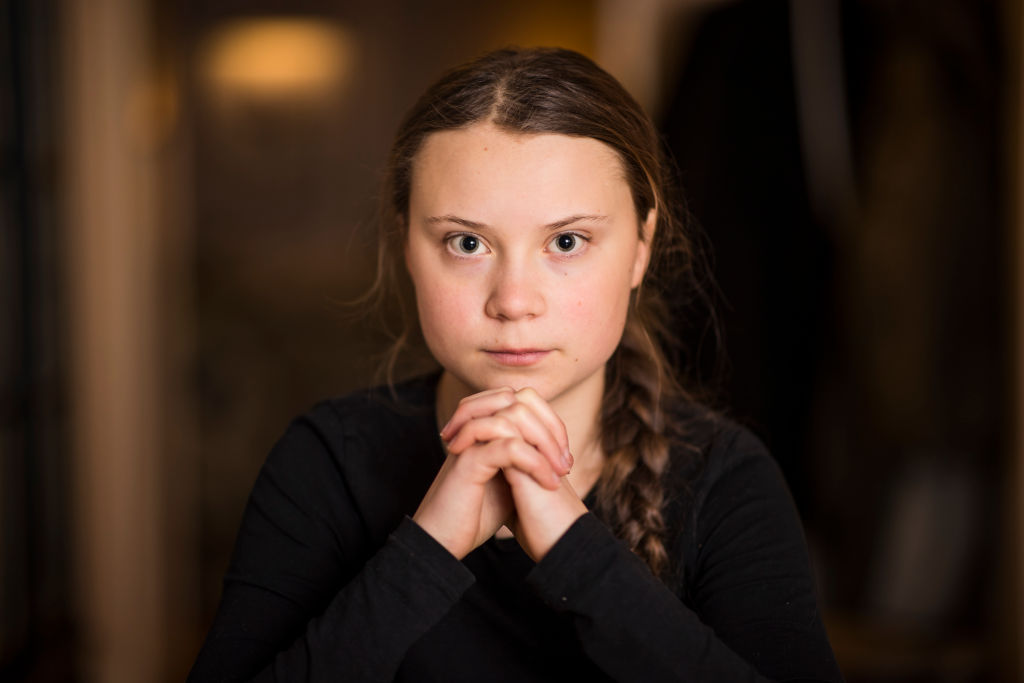 WITH JUST under twelve years to go before we all die in the great climate-change holocaust, I decide it’s time to look more closely at this strange, Greta Thunberg phenomenon.

According to a sceptical Andrew Bolt, the 16 year old Swede is some sort of guru. An autistic, child savant who the world’s Greenies and other similarly disturbed people are worshipping as a climate-change prophet. But over on the ABC’s Media Watch last night the frothy-mouthed psycho who comperes it (Paul Barry) attacked Bolt’s caution about taking the weirdo Thunberg seriously. Barry then managed to somehow conflate her apocalyptic revelation with that of another famous young girl’s revelation at the Footy, that Adam Goodes is in fact a big ape.

Barry, if I understood him correctly, is adamant that the creepy ravings of a teenage mental-case about planet extinction in 12 years’ time are far more credible than a teenage Richmond footy-fan’s description of what was standing right in front of her at the time.  At least that’s the way it sounded to me.

Meantime, oblivious to all of this, the freaky-eyed Thunberg is sailing from Sweden on a £14 million yacht to address the UN. Whatever Green mumbo-jumbo she spouts when she gets there, we’re still going to have to wait 12 or so years to find out if she, like the footy-fan, was right on the money too. By which time, I suppose, we’ll all be smoke and ash and so it won’t matter much at all.