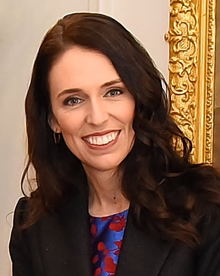 The Noble Peace Prize going to someone no-one’s ever heard of, rejecting both of the two front-runners, might seem puzzling. On the one hand you have a white, deeply-disturbed, teenage mental-case from Sweden; on the other, a white, hyper-virtue-signalling super-luvvie from New Zealand. Both candidates, you would think, have impeccable credentials, despite their obvious white privilege.

Not the case.
With regards to Thunberg, ignoring the advice and example of the millions of her world-wide supporters and refusing point-blank to glue herself to the podium immediately after her speech to the UN is what ruined it for her. Not having the courage of her convictions was never going to offset her white-privilege in the eyes of the selection committee, no matter how lefty-loopy she is. Stapling her head to the UN floor, I contend, would have been even more convincing, but she rejected that idea too. This, despite my incessant lobbying, long phone-calls, sending flowers, boiled sweets, etc. (The ungrateful little brat.)

While we’re on the subject, if ‘The Crazy One’ ever comes to Australia to spout more of her hysteria, a similar act of conviction should be a prerequisite to qualify for a visa. Stapling her head to a suitable object (such as Adam Bandt’s dunny door), would be sufficient for most of us. Suspending upside down beneath the Harbour Bridge during the New Year’s Eve’s fireworks would be a perfectly reasonable alternative. We should all lobby Peter Dutton and insist on nothing less.

As for Ardern missing out on the prize, sucking up to the committee by banning guns and doubling NZ’s refugee intake was pathetic. A virtue-signalling super-luvvie who dons the hijab occasionally, desperate to have her white-privilege overlooked, has to be more creative if she wants to win next year’s Nobel.

And it’s my belief, to be a shoe-in for the prize, Jacinda should build on her previous form, taking it to its next logical step. That is, she should slap on the hijab once again and – while simultaneously streaming live to the Internet –  give birth over and over again, while repeatedly reciting the Shahada, over and over again. Only that, and that alone, will get her across the line in 2020.