Posted on December 5, 2020 by Austeralix 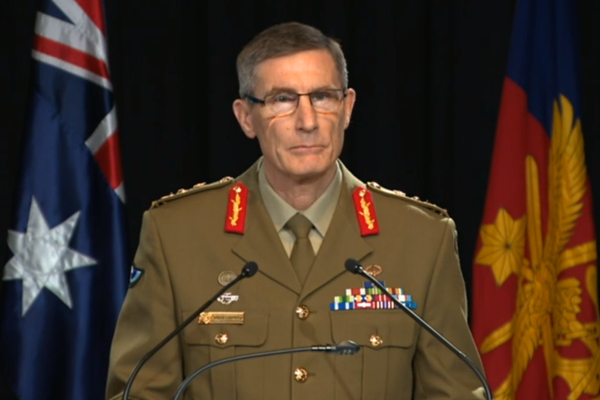 THE SCENE: Inner chambers of the Evil Empire, Beijing. The evil Emperor Xi holds court with his most trusted secret evil envoy, the really evil and totally self-serving, Tin-Tin Rudd.

Tin-Tin Rudd: And in outright defiance of Heaven’s Mandate from the nether-regions of your kingdom, O Yea, whose wisdom surpasses the entirety of our shimmering cosmos, what is it that you ordain?

Emperor: Death! Death! Death of a thousand cuts to these treacherous, worthless dogs and fire and destruction to all their lands, for I command it to be so.

TTR: And what, O Great Eminence, of the military woke in these nether-regions? What of those who loudly and piously strut and posture upon their stage, signalling false presumptions of moral virtue in publicly shaming and spitting on their own warriors before the eyes of the world? These imbeciles do so in folly not of heaven’s admiration, but of heaven’s wonder at the depths of their stupidity. Could they not think for one moment that their enemies would pick up on something like this and run with it? Forever? What should be done, O Yea upon whose empire the sun will never set (figuratively speaking, of course) and whose might is so powerful and yet so subtle that a raising of a single hair of a single eyebrow is enough to demolish a brick shit-house?

Emp: Who are these people, these treacherous dogs of the nether-regions of whom you speak, my loyal lick-spittle?

TTR: Aussie woke-warriors, O Great One. Aussie military commander, upper-echelon, virtual-signalling woke-warriors, O Yea, whose very rectum glows with the rays of the early morning sun, and whose elegant nostril hairs glisten by the light of the silver moon, and whose legendary expanse of navel-fluff exceeds all the forests…

Emp: (Interrupts) Then rain upon them death: death and destruction, I command thee, my obsequious little shit, so that I might drink freely of their blood and eagerly sup from a silver platter of these treacherous woke-warriors minuscule, but freshly-plucked testicles. And that all their women be named whores and base harlots in ignoble and eternal service of the empire’s righteous expansion to all points of the compass, save those adjudged most particularly fruity, who shall thus be divinely sanctioned instead to fulfil and delight the Son of Heaven in the service of his most intimate behests.

TTR: Okey-dokey, my Most Sublime and Most Totally Cool Ruler, whose (etc. – see above.) But should we not continue to slowly throttle their economy first?